Played the Caesar’s noon tourney both yesterday and today. Good field, good prize pool, so-so structure. Basically there’s a jump from 200/400/50 to 400/800/100 that makes your stack look pretty dismal when just a moment before everything was cool. Yesterday I did a poor job of adjusting to this and ended up bleeding off all my chips in the kind of slow death you’re never supposed to experience. Today, I played much better and ran my chips up nicely until we reached the tipping point. Here I called a short stack’s all in with AA only to lose half my stack to him when he spike a set on the river; I lost the rest of my stack calling an all-in with KK. On that hand the initial raiser held QQ and the chip leader behind us called with 78s. You can guess who won that one. I played well today and know I played correctly. Two river cards made the difference between chip leader and rail bird.

So why do I play tournaments? Especially when I was able to sit down and collect $450 in four hours in the 15/30 limit games last night. Granted the potential payoff in a tourney is much higher; I guess I am wrestling with the question of whether I play for fun or for profit. This trip I’ve done a bit of both and I’m happy.

Now everyone wish Maroon good luck as he defends his position as chip leader in the Main Event!

2 replies on “Vegas: or, why do I play tournaments?”

IMO we play tournaments because you can win them.

Win a tournament and you not only have a heap of money, but you have a story. And you can tell all your friends you won!

That’s my take anyway. The take of a guy who played a competitive sport of some sort year round for his entire childhood and a good chunk of his adult life too.

Hey cool blog, i just started my own. (http://paulmclalin.blogspot.com)

Poker is about the greatest thing ive come across. It gives people the chance to live the american dream.

Jodi Neufeld @jodineufeld
4 weeks ago
The most interesting map I’ve seen so far today. (Obviously, it’s not related to the election.) https://t.co/6bghoSaAyq
View on Twitter
0
0

Jodi Neufeld @jodineufeld
4 weeks ago
Fight voter suppression by using hashtag #ScreamHere . For every tweet, @FullFrontalSamB will make a $1 donation to the @ACLU. Visit https://t.co/mIDLdOM3nH to learn your rights (HT to @sarahcpr!)
View on Twitter
0
0

Jodi Neufeld @jodineufeld
4 weeks ago
Fun thread! I always measured my #trickortreat success by the number of Reese’s PB cups in my haul. https://t.co/Z6pyYfGtcX
View on Twitter 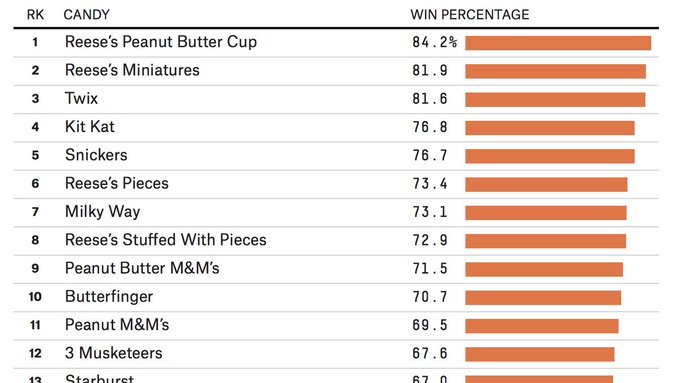 Scott Berkun @berkun
1. There's a great story behind the history of Reese's Peanut Butter Cups ( #1 on @FiveThirtyEight), that explains creativity, history and how ideas move through culture.

Read this thread to add some extra pleasure if you'll have these in your hands on #halloween. First.. https://t.co/tNezJjIeQi
1
2